As a former Track Athlete I can tell you that the “Pre-season” is crucial to your performances on the track when it counts. I view the year in two parts. The time spent training & competing (season) and the time spent preparing for competition (Pre- Season).

A typical Track & Field Season will last from April-July, sometimes at the professional level the season will extend into August. The season could be even longer if we include Indoor Track & Field. This Indoor season runs from December-March.

No matter the length of the season an appropriate Pre-Season plan is a must for optimal performance.

The workouts in the Pre-Season should be primarily base building workouts that will give the athlete the strength, stamina and confidence to complete the more intense and skill specific work that will be the primary focus during the racing season. Longer, slower intervals are appropriate at this phase. Longer and slower than the peak speed work which will follow in the next phase, for a 100meter runner perhaps this include sets of 200meter repeats at 60-70% speed. A 400meter runner might do 300meter repeats at 60-70% and a few sets of 600meter repeats at 50-60%. The volume and speed of these workouts will vary from event to individual. The aim at this phase is strength, conditioning and physical preparation to build upon. Track & Field is a tough sport. The athletes suffer muscle strains, aches and overuse injuries, all largely due to volumes and intensity that the body is unable to handle.

Strength training should be a part of a year round training program but in the pre-season the greatest strength gains can be made. This is because much of the racing season’s focus should be on the specific track workouts and necessary skills (ie: starts, form etc). The athlete gets stronger in the pre-season and focuses on maintaining strength during the season. Circuit training is widely used due to the efficiency of time it offers. This also offers the distinct advantage of keeping the Heart Rate elevated while strength training, this offers a double bonus of building strength and possibly improving the athletes Cardiovascular system. If an athlete has had a history of injury, this is the time of year to focus some strength training on that area. For example if a sprinter has a history of hamstring pulls or strains, they can consult with an Athletic Trainer or Physical Therapist to check for muscular imbalances or perhaps strength discrepancies. If such an issue is discovered an appropriate strengthening program can be designed. The pre-season not only offers the opportunity to improve the athlete’s strength but to help minimize the athlete’s limitations. 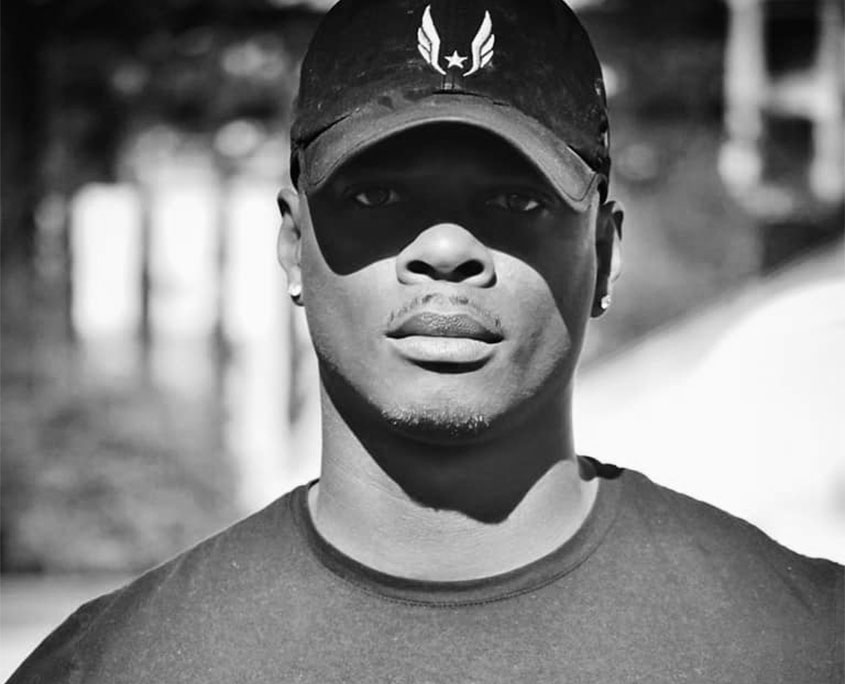 Track and Field – Where it all began

Welcome to the Track and Field Section of CoachLarryWade.com. In this area you will be able to purchase training plans/guides and connect to Coach Larry Wade’s history in track and field at DoublePillar.com.

In 2003 Wade won a silver medal at the 2003 Pan American Games in 110 hurdles. In 2003 Wade was third nationally and placed fourth at the 2003 World Championships in Athletics in the 110 hurdles. He ranked number 6 in the world by Track and Field News for the season. In 2007 Wade returned to the track and ran a time of 13.37 that placed him in the top 10 in the United States. In 2007 Wade officially retired from Track and Field.

COACHING CAREER
In 2006 Wade was selected to be the Head Track and Field Coach for the Kingdom of Saudi Arabia for the 2006 Asian Games. The team won eight gold medals and 2 bronze medals in athletics at the competition.

In 2007, Wade was inducted into the Texas A&M University Hall of Fame. He was the 2007 Head Coach for Track and Field Club Double Pillar LLC.

In 2008, Wade was selected as the Co-Head Coach for Pasadena City College.

In 2009, Wade became the 2009 Assistant Coach for San Diego State University which place in the top 25 at the 2009 NCAA Track and Field Outdoor Championship. This was the first time the feat had been accomplished in 25 years.

Wade was honored as State Women’s Track and Field Coach of the Year in 2013. Wade was hired as Sprints Coach at the University of Nevada, Las Vegas (UNLV).

In 2013, Shawn Porter hired Wade as speed and conditioning coach and he won the 2013 IBF Welterweight Championship.

In 2016, Coach Wade was recognized as one of the elite strength and conditioning coaches in the nation and his client Shawn Porter was in the fight of the year against WBA welterweight champion Keith Thurman. WBC super middleweight Champion Badou Jack hired Wade to be the strength and conditioning coach against IBF super middleweight champion James Degale. Wade helps to train Welter Weight boxer Shawn Porter to win Boxer of the year and he also become the Number 1 WBC contender. The fight ended in a draw.

Athletes he has trained include: