In that same year he became a member of Alpha Phi Alpha fraternity at Texas A&M University (Pi Omicron chapter ). Shortly after he went on to win 2 NCAA Titles in 1998 (55hurdles/110 hurdles). Wade was selected to be in ESPN “Faces In The Crowd” in 1998. The following year he won the Big 12 indoor Conference Championship in another conference record of 7.09, then went on to win the Indoor NCAA Championship in the 55m hurdles. Outdoors, he repeated as NCAA Champion win a win the 110 m hurdles.

There are two major energy systems with three that work within that and you have to train all 3 in order for an athlete to be at his/her maximum condition. Functional Movement Strength is crucial for an athlete. It balances power, mobility and agility. You may be strong but can’t use it. Being able to be big doesn’t determine your ability to be able to use the power. Combining power with mobility and agility increases performance.

In 2006 Wade was selected to be the Head Track and Field Coach for the Kingdom of Saudi Arabia for the 2006 Asian Games. The team won eight gold medals and 2 bronze medals in athletics at the competition.

In 2007, Wade was inducted into the Texas A&M University Hall of Fame. He was the 2007 Head Coach for Track and Field Club Double Pillar LLC.

In 2008, Wade was selected as the Co-Head Coach for Pasadena City College.

In 2009, Wade became the 2009 Assistant Coach for San Diego State University which place in the top 25 at the 2009 NCAA Track and Field Outdoor Championship. This was the first time the feat had been accomplished in 25 years.

Wade was honored as State Women’s Track and Field Coach of the Year in 2013. Wade was hired as Sprints Coach at the University of Nevada, Las Vegas (UNLV).

In 2013, Shawn Porter hired Wade as speed and conditioning coach and he won the 2013 IBF Welterweight Championship.

In 2016, Coach Wade was recognized as one of the elite strength and conditioning coaches in the nation and his client Shawn Porter was in the fight of the year against WBA welterweight champion Keith Thurman. WBC super middleweight Champion Badou Jack hired Wade to be the strength and conditioning coach against IBF super middleweight champion James Degale. Wade helps to train Welter Weight boxer Shawn Porter to win Boxer of the year and he also become the Number 1 WBC contender. The fight ended in a draw.

Athletes he has trained include:

I haven’t met anyone else that’s going to push me the way he pushes me or anybody else whose going to look after me the way he looks after me. Definitely a great coach , a great inspiration, a great man. I’ve learned a lot from him in and out of the ring, on and off the track, in and out of workouts. 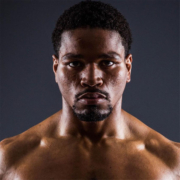 He’s crazy but he is the best! He pushes you so hard his desire is whomever he is training wins. 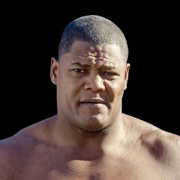 When I got wth Coach Wade I felt like he was with me through the workouts. He is invested emotionally and has it down to a science. 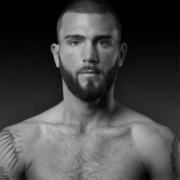